The Agricultural Accountancy Department has already developed many sets of classification coefficients designed for the Community Typology for Agricultural Holdings over the years. Each set was created on the basis of extensive CSO databases from various years. In order to systemize some information, a table below illustrates the overview of sets of SGM and SO coefficients for particular reference periods and in connection with the Farm Structure Survey in particular years: 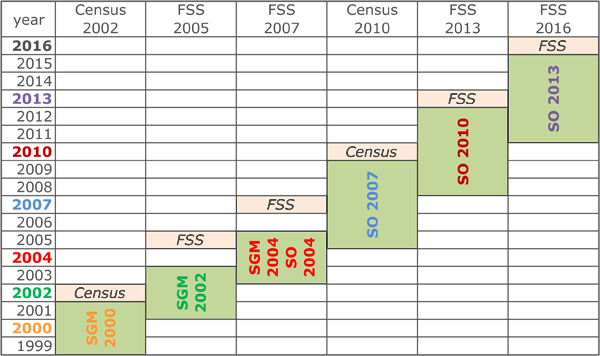